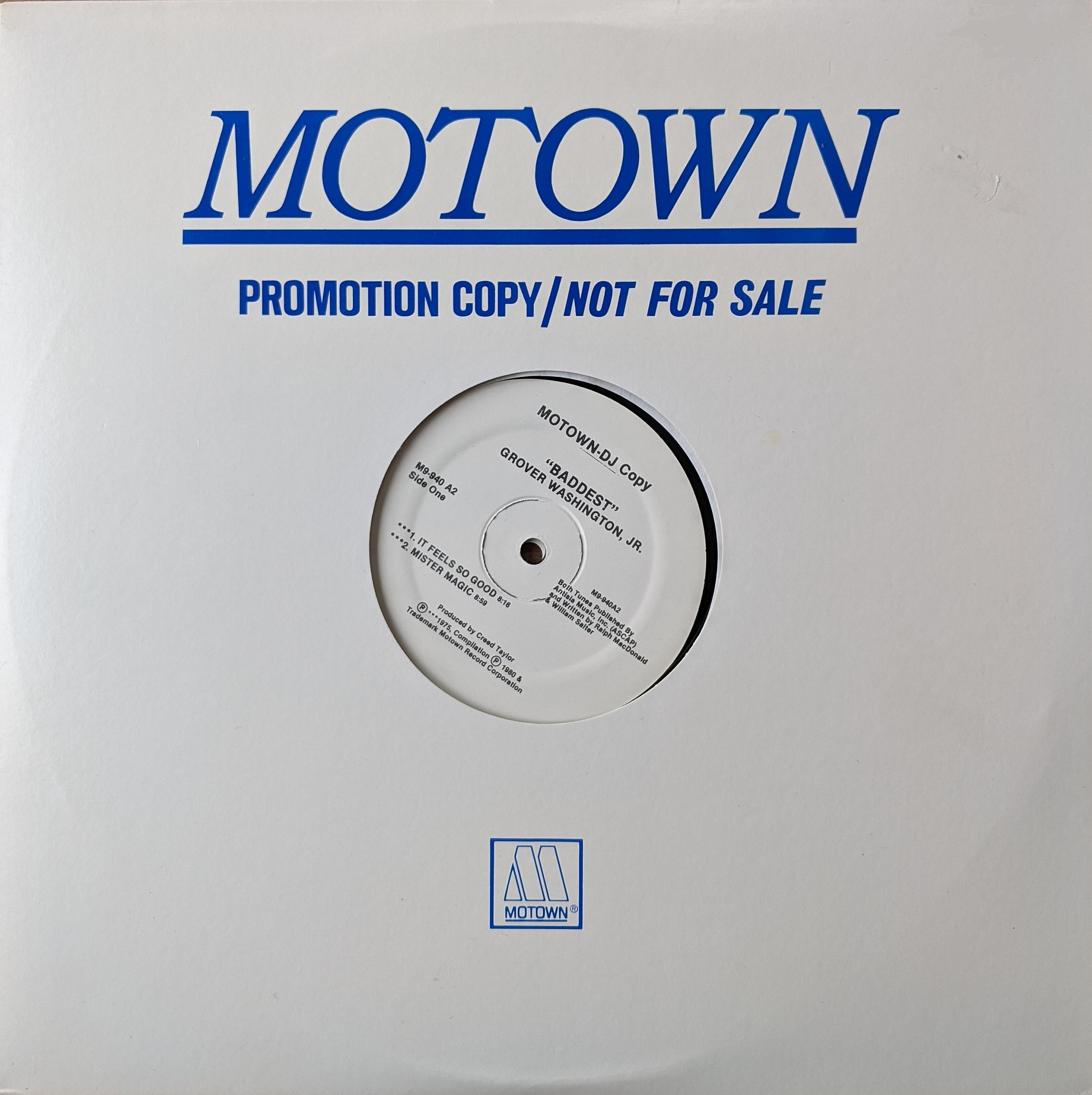 Baddest likely took its lead and title from earlier CTI albums, “The Baddest Hubbard” and “The Baddest Turrentine” and was the last in the line. Right at the point where the CTI Records was struggling financially, and Washington was leaving the label for Motown, a temporary stop before settling at Electra.

His first Motown release, “Reed Seed” was as a success for Motown, and the album was also the turning point for Washingtons style and output, moving with many of his peers into smooth jazz and away from the more funky style he’d cultivated with KUDU. The “Baddest” compilation was likely put together to capitalize on the success of Reed Seed, but also shows the dual role that Motown now had with Grover Washington, Jr. distributor for his back catalog, and label for his new material.

My copy of “Baddest” is a double vinyl album, with white labels marked “Motown-DJ Copy”. The discogs master entry for the release is here. The final album cover artwork is also a turning point from the bold, personal covers used during Washingtons KUDU release to a more bland, impersonal style.

One of my favorite tracks from the compilation is “Do Dat” a non-CTI track, written by John Blake, Jr. and Leonard Gibbs, Jr.. Blake had become a stand-in for Bob James, doing both keyboards and arrangements. First working with Washington on the “Live At The Bijou” album, Washingtons last for KUDU.

Blake wrote “Summer Song” for that album and it is included as track-3 after Do Dat as track-2. Summer Song was released as a single on KUDU KU-942F in the US and UK, and sampled on the 1994, Slum Village track “Tell Me What You Want” and by Jaylib on the 2005 track 23 Beat #9.

Note: “Do Dat” is not a CTI recording.