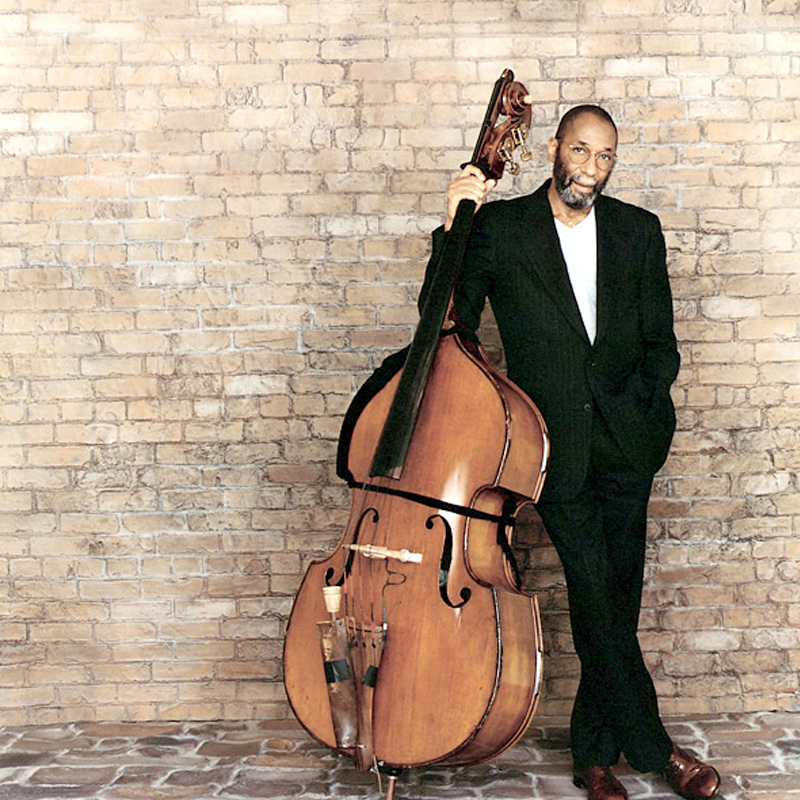 Ron Carter is the a 4x nominated, 2x Grammy Award winner; The Guinness World record acknowledged most recorded bassist of all time; A National Endowment for the Arts Jazz Master; a Distinguished Professor Emeritus of the Music Department of City College of New York, having taught there for 20 years, and received an honorary Doctorate from the Berklee College of Music in Spring 2005; Ron has one of the most incredible sideman credit lists imaginable. Asides from which, watching videos he is in, seems like an incredibly nice guy.

Creed Taylor was introduced to Ron by Gil Evans. Evans was like many of the jazz masters of the time, playing multi-week gigs in New York City in 1961. Ron was part of Gil’s band. During the recording sessions for Gil’s Out of the Cool, Creed asked Gil why he had hired Ron to play on the sessions, when Creed didn’t know Ron.

Gil said that this guy [Ron Carter] was amazing. You have to hear this bass player

And so began a 15-year association between Creed and Ron that started at Impulse, went through Verve, A&M CTI, CTI, KUDU through to the CTI LIve concerts in 1977.

I loved Ron. I looked forward to any [recording] date he was on. When I started CTI, he was the anchor.

Ron played with Miles Davis; on six George Benson CTI albums; with Herbie Hancock, Esther Phillips, Hubert Laws, We Montgomery, Grover Washington Jr. Milt Jackson, Chet Baker, and so many more. Ron also performed on, and wrote all but one of the tracks on the 1970 album by New York Post columnist Pete Hamill’s Murder At Kent State University – which was unusually performed as a duo with James Spaulding. Unusual for the time, it sampled then VP Spiro Agnew’s speech denouncing protests against the Vietnam War using the line “an effete corps of impudent snobs who characterize themselves as intellectuals”.

Ron won Grammy awards in 1987 for Best Instrumental Composition, and again in 1994 for Best Jazz Instrumental Performance, Individual or Group. High praise indeed. So it’s easy to argue that Rons best years were after CTI, but the strongest buildings are on the best foundations. Happy Birthday Ron.

It wasn’t until 1973 that Ron got the chance to record albums in his own name, as a leader for CTI. The first recording was Blues Farm, a largely electric album, from which the first track of the Fourfer, ‘Django’, came. Next up came All Blues, followed a KUDU album, Anything Goes from which, Dave Grusin’s ‘Baretta’s Theme” makes the Fourfer; and the final album as lead for CTI was Yellow and Green, from which the title track makes the Fourfer. Finally, due to Mixclouds opaque publishing rules(*) I’ve included another CTI Grammy award winning track, ‘Willow Weep For Me’, by Wes Montgomery from his album A Day In The Life, which Ron performed on. Ron later recorded a version of Willow on his Yellow and Green album, and apparently often still performs it today.

So, neatly, this Fourfer celebrates three of the CTI stars who have birthdays this week. Ron Carter, obviously, Dave Matthews, who arranged Anything Goes, and who shares a birthday with Ron. Finally, the late Wes Montgomery, who died all too early, but whose born day was March 6th.

(*) Mixcloud allows mixes with “Maximum 4 tracks by an artist” apparently they can’t be consecutive.