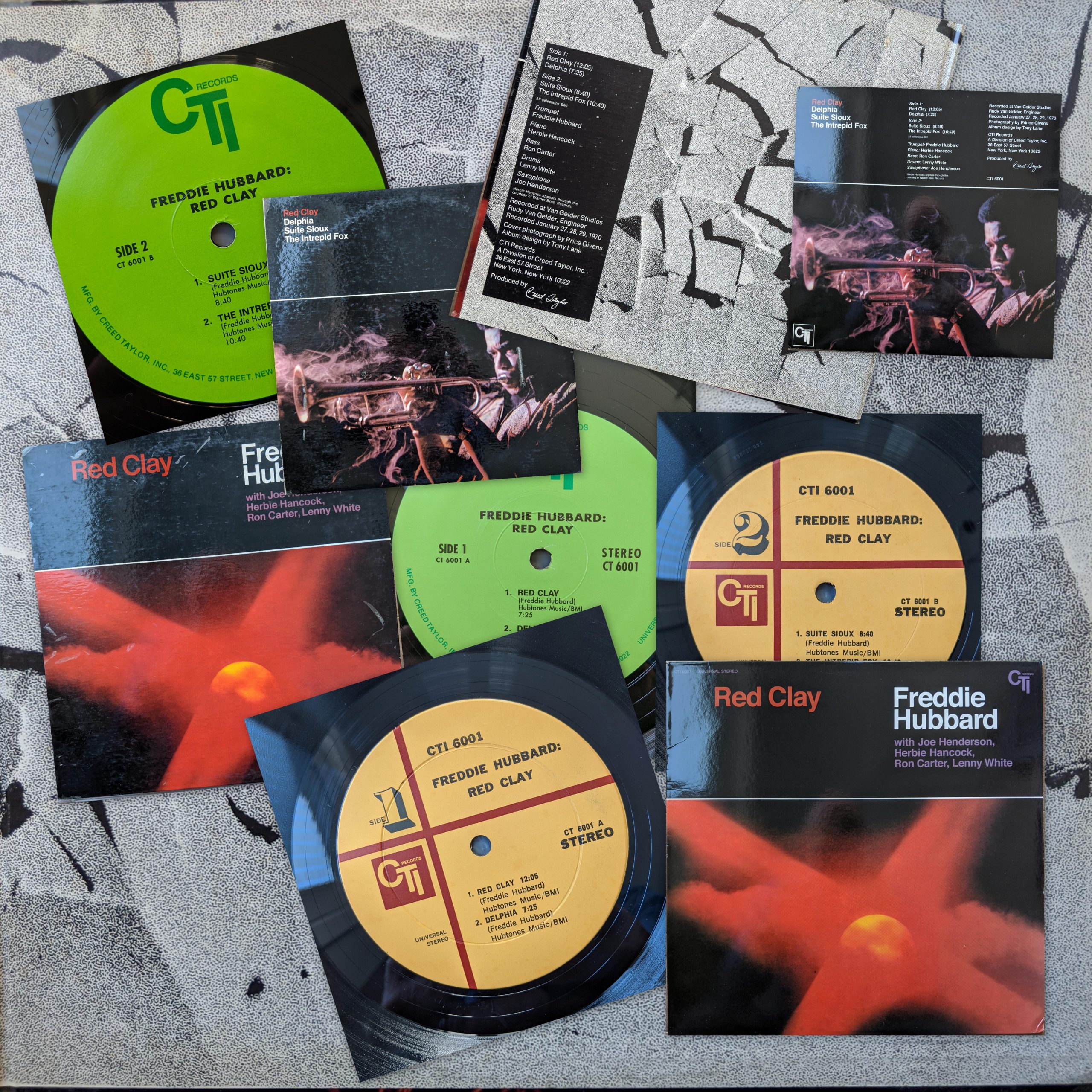 On this day in 1970 a group of preeminent Jazz musicians and a young drummer assembled at Rudy Van Gelder studios in Englewood Cliffs New Jersey, to record what would become a defining album for both Jazz in the early 1970s, and also for Creed Taylors newly independent CTI label. Freddie Hubbards Red Clay.

Those albums included Hubert Laws Crying song, that would get a second release a year later as CTI 6000; Kathy McCord, whose brother was established and successful songwriter Billy Vera; jazz pianist and composer Dave Frishberg, a friend of Creeds then secretary/admin, Margo Guryan, a successful artist and songwriter in her own right. More on those later.

Red Clay was released in a number of vinyl pressings which eventually settled down to be the CTI in-house look. You can find both single and gatefold covers. First and early pressings with the same green CTI label as the CT 50x series; the eventual and iconic gold/orange label that became the house style. There are even copies with the gatefold clay inner design in red and others with in gray. I have two vinyl pressings and a CD from the 2010 40th anniversary set.

The album as originally released came in at just four tracks, Red Clay, Dephia, Suite Sioux and the Intrepid Fox. Later re-issues and re-releases added either Cold Turkey (recorded during the same session), or a live version of “Red Clay” recorded at the Southgate Palace on July 19, 1971, or both.

Other things of interest from Red Clay, the album cover photograph was by Price Givens, rather than Pete Turner. Givens now seeminglyl forgotten, did pictures for a number of jazz and CTI albums. Drummer Lenny White, who had only just turned 20 years old, showed up to record with his drum set in his car. His bass drum was actually made from an old oil drum. White had used the drum on Miles Davis seminal “Bitches Brew” sessions a few months earlier. Ron Carter didn’t want the (oil)drum used as it was “too resonant” and to put the drum back in his is trunk as Carter didn’t want to make another 500 takes trying to get the right sound. With that, White used a drum that Rudy Van Gelder had in storage instead.