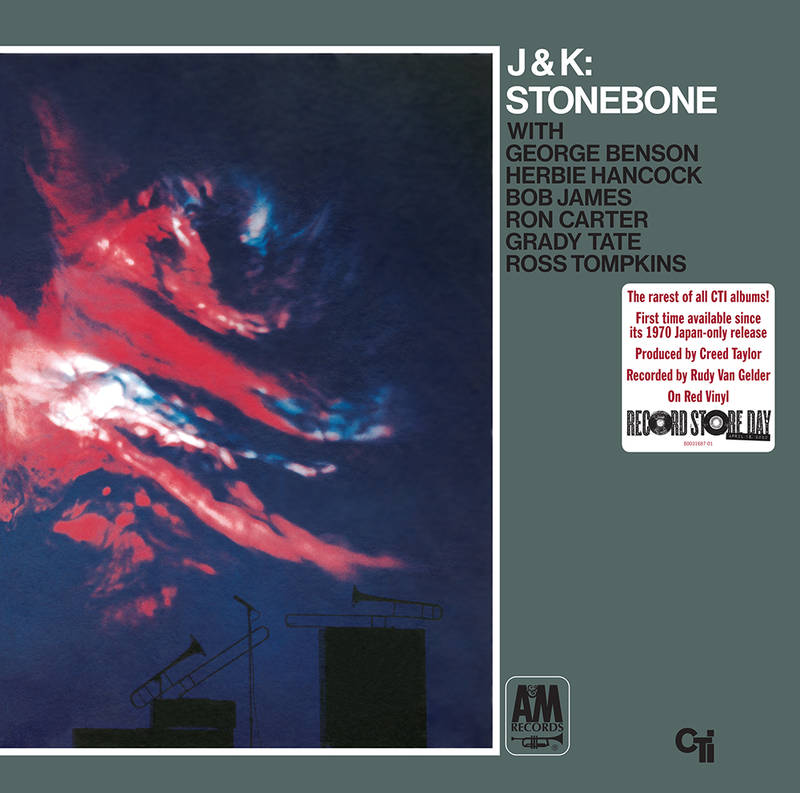 According to the time clock on their website, Record Store Day (RSD) is now 95-days away. It was originally going to be April 20th here in the USA, but as the Corona virus takes hold, the date has been pushed back to Saturday June 20th.

For those of us that have been waiting for 50-years to get a copy of what is referred to as “the holy grail” of CTI recordings another 60-days or so, wont make a whole lot of difference. What is the holly grail?

On the 23rd September 1969, two of Creed’s more recognized and long established recording artists, J.J. Johnson & Kai Winding gathered at Rudy Van Gelder’s studio in Englewood Cliffs, New Jersey. Alongside them were , four musicians who would become leaders in the jazz and jazz-pop world in the next 10-years. Herbie Hancock, Bob James, George Benson, Ron Carter, and sideman and drummer supreme, Grady Tate.

Over the next 3-days they would record an album that was originally scheduled for release in the USA via A&M CTI as A&M SP-3027. What happened next? It’s not clear, but by the time it had been mastered and the discs cut, it would have been December and as discussed Creed was on the verge of starting CTI as an independent label, rather than an imprint of A&M. The first CTI releases came out in February of 1970.

If you want a copy of the Japanese pressing is going to have to spend $500+. The US RSD pressing is being done in a run of 4,000 by Universal Music. The track list is identical to the Japanese pressing. As Doug Payne notes on his always excellent CT Discography, they recorded 7-tracks over the 3-days, the RSD pressing has four tracks, three of the seven, and the fourth, a track called Musings. Musings is believed to be an alternate name for one of the unreleased tracks.

Finally, it’s tagged as an RSD ‘First Release’ which usually means there will be additional pressings if it sells out. At least the RSD pressing is on red vinyl.

A few other releases I spotted while going through the list were: