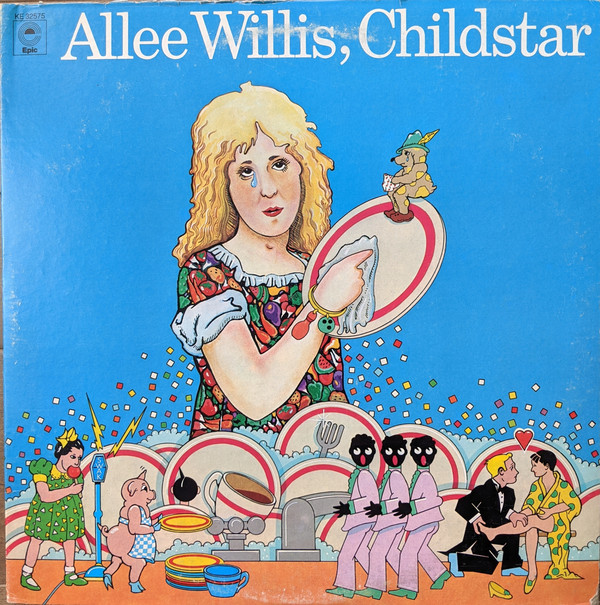 Allee Willis passed away on Christmas Eve, 2019. Phenomenal song writer, a full bio, plus discography etc. can be found on discogs. Allee wrote dozens of great song lyrics, @Verdine_White bought Allee to@MauriceWhiteEWF and Allee wrote lyrics for both September, Boogie Wonderland and many other tracks for @EarthWindFire and many other artists.

As far as I’m aware, while I have Allee Willis tracks in my collection from Earth, Wind & Fire, The Pockets, Odyssey, Narada Michael Walden, The Pointer Sisters, and The Pet Shop Boys, the closest I’ve got to anything produced by Creed Taylor, are tracks by Herbie Hancock and the Brecker Brothers who’ve all put in appearances on Creed Taylor produced albums over the years.

Amazingly, Allee Willis was a co-writer for Herbie Hancocks “You Bet Your Love” smash hit from 1979 and also “Trust Me” from the “Feets Don’t Fail Me Now” album – Still have my program and ticket from one of the London tour dates that year. Another great dance tracks all the major news media overlooked that Willis co-wrote was Narada Michael Waldens “I should have loved Ya” again from ’79, and his album “The Dance Of Life“.

This short mini-mix video features #alleewillis track “I have” from her 1974 album “Childstar”. It’s remastered from my vinyl copy, not just ripped. Allee own recordings were subtle, poignant, thoughtful and playful.

Tracks the Brecker Brothers covered were: Lovely Lady and I Love Wastin’ Time With You