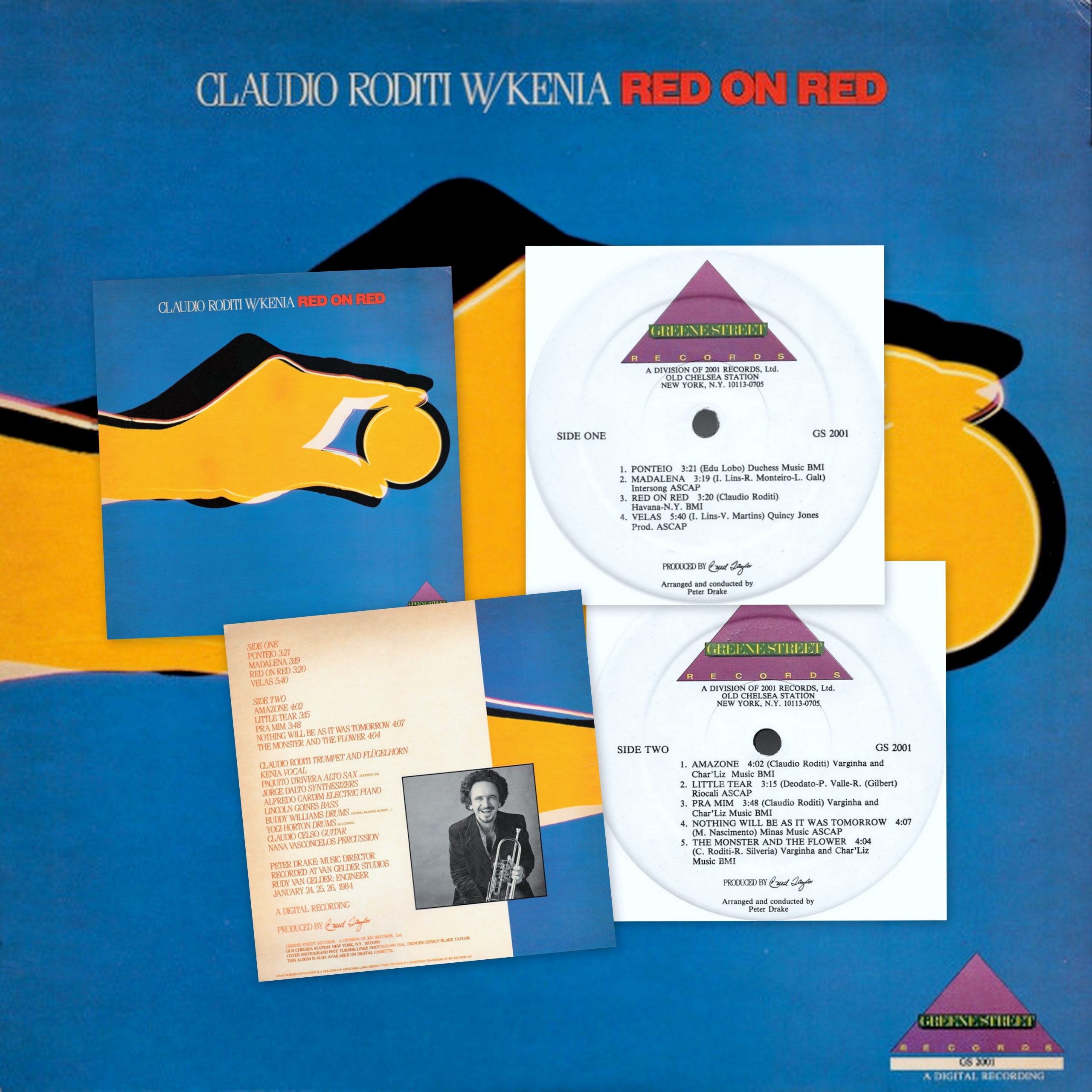 His death was announced by his long time partner and wife, Kristen Park on January 19th, via a Gofundme page setup for Claudio.

It is with great sadness that I announce the passing of my beloved husband, Claudio Roditi, late Friday evening, January 17, 2020. He was a loving husband and best friend to me for 45 years, although I never lost sight of the beautiful fact that music, particularly jazz, was his very first love!

The GoFundMe page has some great updates and pictures from Claudio himself.

I’m sad to say, I’ve only just come to appreciate Claudios work. It was only a couple of weeks ago that I got hold of his Creed Taylor Produced album, Red on Red. Only a few days before Claudios death was announced I had just started to pepper Doug Payne with questions about Greene Street Records, its parent company 2001 Records, Inc. Prior to that, as far as I know, the only album I’d heard his work on was Paquito D’Riveras, Explosion from 1986. No coincidence then that D’Riveras was one of the artists on Roditis’ Red on Red album for Creed Taylor.

There will be a memorial and visitation for Claudio on February 1st, 2020 at the Jacob A. Holle Funeral Home in Maplewood, New Jersey.

As far as I can work out, Red on Red was significant for a number of reasons. First, after long established career as musician and band member, it was Roditis first solo album. This was signature Creed Taylor, and was a hallmark of his work as a producer. Find outstanding musicians and talent, and give them their own vehicle. Roditi not only went on to record many more albums, but also to become a Grammy Award nominee and record another 25+ albums.

The album was the first for Creed Taylor production after working out his financial situation post CTI. The company was 2001 Records, Inc., it was released in the US as a first on the Greene Street/Greenestreet label. The album was released on CTI in Japan, but CTI was a label run by King Records rather than a company. It was also, as far as I’m aware, that credited the work of one of Creeds sons, Blake Taylor is credited for design. Finally on “firsts” it was the first album featuring Brazilian singer Kenia.  It was a first album recorded digitally by longtime partner/engineer of Taylors Rudy Van Gelder, and finally the first album recorded for Taylor using 2-track digital recording.

Finally, the albums distinctive, and abstract cover artwork was the last cover that legendary photographer Pete Turner did for Creed Taylor.